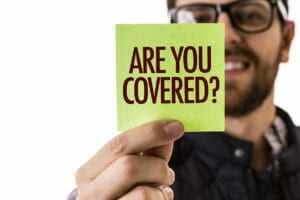 A standard Greensboro homeowners insurance policy, also referred to as an HO-3 policy, covers numerous perils that, as a homeowner, you’re at the potential risk of falling victim to at some time in the future. HO-3 coverage, which is the most commonly written type of homeowners insurance in the U.S., provides “open perils” coverage for your dwelling and “named perils” coverage for your home’s contents and your personal property.

Open perils coverage doesn’t list the specific perils for which you have coverage, but rather lists the exclusions for which you’re not covered. If something happens to damage or destroy your home and that peril is not found on the list of exclusions then you’re covered.

There’s a significant list of perils that are likely excluded on your Greensboro homeowners insurance policy but, if you’re like many policyholders, you may not be aware of what many of these exclusions may be. For many of them, endorsements of additional coverage can be added to your policy to provide protection in areas that may be lacking. If you don’t know where your coverage is lacking, however, you won’t know what needs to be added. For that reason, it’s important that you thoroughly read and understand your policy and consult with your agent for answers to any questions you may have.

For most of these exclusions, coverage can be obtained by taking out additional coverage to supplement your standard policy. Consult with your agent.