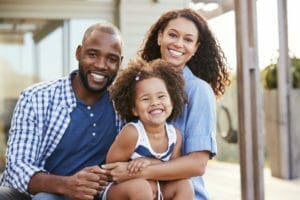 Cultural generations have been named since the early nineteenth century, when people born between 1883 and 1890 were termed the “Lost Generation,” a name coined by author Ernest Hemingway. Individuals born between these years came of age and many lost their lives during World War I.

Finally, the “Millennials” is the generation born to the “Baby Boomers,” between the early 1980’s and mid-1990’s. Millennials are also sometimes known as “Generation Y,” and they’ve been called “Echo Boomers,” as the children of the “Baby Boomers” and because of a surge in the birth rate that occurred in the 1980’s and 1990’s. The term “Millennials” came about because this was the first group to graduate college and come of age in the new millennium, post-2000.

Millennials are characterized by familiarity with technology, communications and the media. They’re sometimes accused of lacking in contingency planning and may feel that insurance is unnecessary until they buy a home, get married and have children. Many may only buy automobile insurance because it’s required by law, but carry neither life insurance nor rental insurance because they haven’t felt the need for this type of protection. Here are some tips Millennials may consider regarding their insurance coverage: