Are There Gaps in Your Life Insurance?

Are There Gaps in Your Life Insurance? 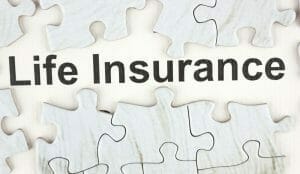 According to U.S. Bureau of Labor Statistics, as of March 2016, an average of 57% of non-governmental businesses offered some form of life insurance coverage to their employees as an additional employment benefit. As many as 80% of state and local governments offered this type of coverage and, for both groups, as many as 98% of those who were offered coverage accepted it. That acceptance rate isn’t surprising when you consider the fact that studies show that approximately 86% of American consumers believe that most people need life insurance and that two out of three surveyed say that they would be likely to recommend life insurance ownership to others.

While having insurance through your employer is certainly welcome and usually quite affordable (and sometimes free!), there are some problems it may also present that prevents covered individuals from obtaining the recommended amount of coverage for their particular family situations and financial profiles. Consider these factors:

If your employer provides you with life insurance, that’s a great starting point but, for most people, not all that’s needed unless you’re single with no dependents and have no great need for more coverage. If you have dependents, debts or other financial obligations, you should seriously consider what would happen to your family’s standard of living if they suddenly lost you and could no longer depend on the steady income to which they have become accustomed.

Life insurance is least expensive when you’re young and healthy, and obtaining it sooner rather than later will allow you to lock in an advantageous rate that can be guaranteed for life if you choose to carry permanent coverage. It’s also important to revisit your policy regularly to adjust coverage to accommodate changing circumstances in your life, such as new children, increased financial obligations or increased wealth that’s created a significantly higher standard of living for the family.