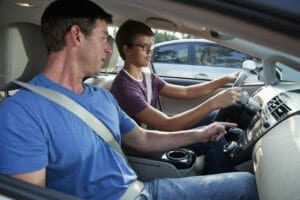 Kids have long been avid players in the game of piggyback, whether hopping rides on the backs of a parent or an older sibling, but who knew that, as teens, they could continue playing piggyback and that this time it could be a financially profitable arrangement?

In this case, piggybacking has to do with the car insurance industry and a specific method in which teen drivers can save substantial amounts of money on their car insurance premiums. As can be thoroughly explained by your professional Greensboro car insurance broker, car insurance for teens is typically exorbitantly costly and, in fact, some car insurance providers are reluctant to even insure young, inexperienced drivers at all. The reason is simple – for the insurer, the risk is often just too high.

Doesn’t it Seem Unfair to Charge the Most to Those Least Able to Afford Coverage?

As your Greensboro car insurance agent will probably explain to you, the insurance business is strictly a matter of risk versus reward. Just like it would be incredibly risky to write a life insurance policy on an individual who just recently suffered a major heart attack, vehicle insurance providers often look at inexperienced teen drivers as accidents just waiting to happen. They have the statistics to back up this risk assessment. Consider the following:

There are numerous ways for teens to lower the financial burden of paying for high car insurance rates, most of which involve obtaining various insurance discounts offered by their insurance coverage provider. These include discounts for maintaining high grades in school, maintaining a clean driving record, driving an older, less expensive car and more.

Another option for teens to save on insurance is to piggyback on their parents’ car insurance policy. While this will necessarily increase the cost of the parents’ policy premiums, that increase could be significantly less than the amount the teen would have to pay for his/her own coverage. Ask your broker about this option.