How Does Term Life Insurance Work?

How Does Term Life Insurance Work? 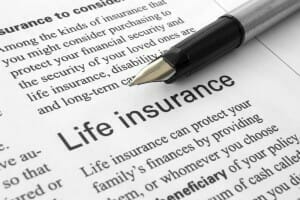 Life insurance serves an important purpose in most people’s lives and is especially vital to families where the premature passing of the breadwinner(s) would considerably diminish the standard of life for the surviving family members. There are two main types of life insurance sold in the marketplace: whole life and term life. Term life, which is sometimes referred to as “pure protection,” is obtained through the signing of a contract between the person named in a policy, called the insured, and the insurance company writing the policy, called the insurer. An exception exists whereby someone other than the insured may initiate a term life insurance policy in someone’s stead, providing that person qualifies by having what’s known as an insurable interest.

A term life insurance policy is written for a specific period of time during which the coverage is in force. This is called the term, and it can usually extend sometime between one to thirty years. Should the insured pass away at any time during the term the beneficiary named in the contract will be paid a claim amount equal to the face value of the policy. In exchange for this protection, the insured promises to pay a specific amount of money, called the premium, which is typically paid in equal monthly installments. With most term policies, the premium amount remains the same throughout the entire term, as does the face value. Once the term has run its course, however, renewing the same amount of coverage will undoubtedly cost more in premium dollars, as the insured will be older and therefore represent a higher risk to the insurer.

Other Reasons to Consider Term Insurance

In addition to providing income protection to your family in the event of your premature demise, term insurance can also serve the purpose of providing payment on a debt. When you finance a vehicle or take out a mortgage on a home, for example, taking out a term life insurance policy with a face value equal to the loan amount will “cover” that loan, should you die prematurely. A special type of policy called “decreasing term” is often written for this purpose. Premiums for this type of policy are usually lower than those charged for straight term coverage and typically remain fixed during the term, while the death benefit decreases at a predetermined rate during the life of the policy as the loan amount decreases.