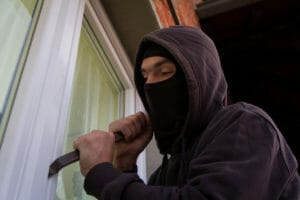 When you first bought your Greensboro homeowners insurance coverage it was probably partly because of the requirement of your home mortgage lender. Without insurance, they wouldn’t have been willing to lend you the money to buy your home.

From your mortgage company’s perspective, the protection your Greensboro homeowners insurance policy provides is for a catastrophic loss such as total destruction in a house fire. For them, it’s a safeguard for their financial investment in your home’s structure, which is what your mortgage loan was used for buying.

If a thief breaks into your home and steals your TV and stereo, your homeowner’s policy should provide protection against this loss. This, however, isn’t considered a catastrophic loss and has no bearing on your mortgage company’s financial risk. To you, however, such a theft is probably a big deal and you’ll likely want to immediately file an insurance claim against your policy.

To Claim or Not to Claim

From your homeowner’s insurance policy provider’s point of view, the perfect policyholder is one who pays their premiums on time and who never submits a claim. Their business success depends on profits, which means taking in more in premiums than they pay out in claims. If they view you as a high risk in this premiums/claims arrangement, they’ll likely either raise your premium rates significantly or cancel your coverage altogether.

It’s a common belief among policyholders that filing a single claim on your homeowner’s policy will cause your insurer to raise your rates or cancel your coverage at renewal time. This may or may not actually be the case.

Multiple claims will most certainly cause this negative insurer reaction, which should guide you when considering filing a claim. In the example cited above, where someone has stolen your TV and stereo, your decision to submit a claim should consider the following: