Will My Car Be Totaled?

Will My Car Be Totaled? 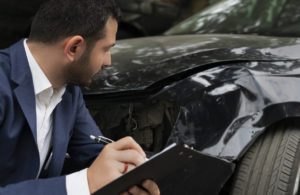 If you have an accident where serious damage is done to your vehicle, you may wonder if your Greensboro auto insurance policy will provide the coverage you need to have your car repaired or if it will be considered “totaled.” The simple answer is that if the damage done requires repairs that would cost nearly as much or more than the market value of the damaged vehicle, your insurer will likely consider it totaled.

Once considered totaled, your Greensboro auto insurance policy will pay you an amount equal to the AVC, or actual cash value of the totaled vehicle. Be advised, however, that regulations covering what is and what isn’t considered a totaled vehicle varies by insurance company and by state.

Typically, in North Carolina, your insurer will consider your car a total loss if the cost of repairs is equal to or greater than 75% of its AVC. The AVC is the value they assign to your vehicle as it was just before the loss occurred, and includes depreciation. This figure will be lower than the amount you paid for the car, even if it’s fairly new, because cars depreciate quickly.

Exceptions to the Totaled 75% Rule

There are a number of cases where totaling a vehicle when repairs are expected to cost 75% or more of the AVC may not be strictly followed. These may include:

Totaling a Vintage or Classic Car

If your car is a classic or antique vehicle, the AVC determined by your insurer will likely be significantly less than the value you place on it. These types of wrecks typically cost much more to repair since parts will probably be difficult, if not impossible, to find.

If your car is declared to be a total loss, you have two options: