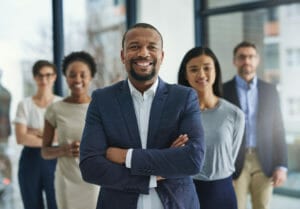 Life insurance is typically taken out as a means of ensuring your beneficiary’s financial stability in the event of your death. Often an insured’s beneficiaries are his or her spouse and other family members who have come to depend on the insured’s income and whose standard of living would be suddenly curtailed in the event of a sudden death. Death benefit proceeds of a life insurance policy may also be utilized to pay off outstanding debts such as those for your home mortgage or vehicle loans.

While life policies are commonly taken out by the insured, it’s also possible, under certain circumstances, to take out coverage on another person. This is what’s known as third-party life insurance. The certain circumstances require that the individual taking out life insurance coverage on another person must have an “insurable interest” in that person. Insurable interest in the case of life insurance is defined as a stake in the financial value of the insured’s continued life.

Who Has Insurable Interest?

A spouse has a financial stake in the continued life of the family’s income provider. A husband also has insurable interest in his wife, even if she is a stay at home mom and doesn’t earn an income outside of the home. The fact is that her passing would bring not only an emotional loss but a financial loss to the family in the event of her untimely death. Funeral expenses as well as costs for housekeeping, childcare, etc. would have to be met and insurance proceeds could be used for this purpose.

Often a business will take out a third-party insurance policy on a key employee such as an owner, partner or manager, whose sudden death would have a negative financial impact on the company and its normal operations. Death benefit proceeds for this type of insurance coverage would typically be put back into the company coffers to be used while the key employee is being replaced by another individual. In the case of a deceased owner or partner, proceeds can be used to buy out the deceased person’s financial interests rather than having those interests go to the deceased individual’s family, which could cause business operations to slow down or stop altogether.

Third-party life insurance is not allowed where insurable interest does not exist. The person taking out the coverage must have an interest in keeping the insured alive.